A Weekend In Maastricht

We started planning this back in December, well...when I say we...Jeroen organised the entire thing and all we had to do was show up. He arranged for us to go see The Red Bull Crashed Ice Event in Valkenberg just outside of Maastricht in the South of the Netherlands. 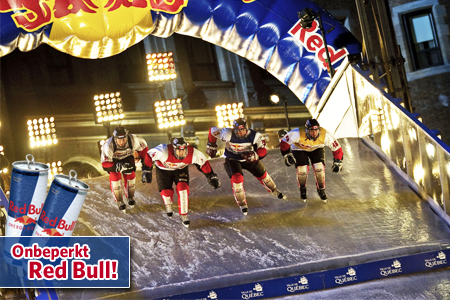 Jeroen arranged a Hotel for us in Maastricht Randwyck just outside the City Centre in a surreal medical district full of hospitals, care centres and medical technology labs. The hotel was smart, really smart especially considering it cost us only 40 Euros per person and we didn’t have to check out until 5pm on the Sunday!

The adventure started for me at 8:00am Saturday morning when my phone alarm woke me, quick shower and ready to be out of the house by 9:00am...well 9:20am is Ok too :)

Got to Central Station in the heart of Amsterdam and had 5 minutes to spare, had myself a Tall Vanilla Latte from Starbucks and a quick cig outside before walking to the train platform to meet Jeroen and Arien. We boarded the train on time and sat back for our 1 Hour train journey to Utrecht where Jeroen's friend Wouter picked us up. We also met Claudio at the train station in Utrecht, Claudio works with me at Diageo. Claudio is such a character, a very clever guy but best summed up as a Crazy Italian.

It was a 2 hour car journey from Utrecht to our hotel in the outskirts of Maastricht but we needed a pit-stop en route so we pulled over at a service station for some food and to stretch our legs, I needed the bathroom which brings me onto my next rant... Toilets in The Netherlands, you have to pay 50 cents almost everywhere you go, it’s an absolute sham, if the taxes here aren’t high enough already! This time the 50 cents was worth it because in my Toilet Cubicle someone had wrote "To Enter the Matrix Press the Flush Button" which briefly amused me.

We arrived at the hotel, checked in, dropped our bags off and immediately jumped onto the train to head to the Red Bull Event. It took about 15 minutes on the train and we where there surprised by the amount of people who were actually there. I was expecting maybe 5,000 and 20,000 turned up to the event. I believe so many people turned up because the event was free entry and we are talking about Dutch People here, the tightest people on the planet.

We were at the event a good three hours early and had a lot of time to kill so we did as all self respecting young men would do; ate hamburgers and drank a lot of beer. The beer speeded things up a bit and before we knew it the event was starting; the best way for me to describe this Red Bull Crashed Ice event would be to say it's simply Urban Ices king / Racing. A track built in an urban environment where the object is to ice skate through the track as quickly as possible. Lots of tricky corners and jumps to encourage countless crowd pleasing falls and crashes repeated in slow motion on the big screens for all to gorge. Unfortunately the views were extremely restricted and I would say like Formula 1 in that respect you stand and all you see is an Ice Skater or two go past ever few minutes, and after 1 hour of the event we all got bored and left.

﻿
﻿
We decided to go back to the hotel, freshen up [in mine and Claudio's case - Get even more wasted] and hit Maastricht City Centre for a mega session.

We jumped on the bus and headed to the city centre after our fresh time in the hotel (still absolutely smashed) and get some food in the city before starting with the real drinking. Grilled Pork Tenderloin wrapped in ham was my choice as the entire Menu of this Dutch Restaurant was horrid; there was literally not one thing that I liked. Thankfully it was absolutely stunning and the chips they brought us were superb like my Mother’s Home made chips of yester year.

With food in our bellies we hit Maastricht and started with the beers, it’s not really done drinking Pints in The Netherlands, they are either 270 - 330ml servings but because they are so small you drink them so quick and lose count very quickly. I think drinking this way makes you less bloated, when drinking beer anyway and gets you drunk at a better pace.

First club we went into sucked ass, really bad music; Gloria Gainer and George Michael. We had 2 beers there and made a quick exit. Next place we went to was just round the corner and it was awesome, much better music and was a bit more up market without sounding snobbish.

All the guys, except Jeroen were trying their luck for a member of the opposite sex, optimistic in their attempts. Myself, I wasn’t trying..; I just wanted to have a good weekend with the boys away from Amsterdam. It was after 1am and I bumped into a blonde girl and as is the randomness of life (especially after 15 beers), we started talking. The other boys had got themselves into a group of in my opinion annoying ladies; a Cypriote, a Bulgarian and a Serb. Neither being my cup of tea. We went to another club, famous in Maastricht for being one of the few open after 2am, it was absolutely packed. Impossible to move so I kept talking to the girl I met and even though I was severely intoxicated at this point I couldn’t think about anything else but Nisa... all the way in Singapore, how much I missed her, how much I love her.

The blonde left at 3am and we kept going for a few more hours accompanied by the eastern European Brady bunch; well until Claudio put an end to the night around 5.30am. He got removed from the last club we were in for shouting and starting trouble with the door staff; funny these guys were twice his height and four times his width but he showed no fear; a combination of his state of intoxication and his Italian blood.

We got ourselves a taxi driver who drove like Lewis Hamilton and within 15 minutes we were back at the hotel; me and Claudio taking an early morning puff puff pass pass before getting some rest. The next day we jumped back into the car and hit the road, it seemed to take much longer on the way back but the good news was even after 25 beers and a few hours sleep I had no hangover and felt right as rain. Wouter dropped us off at Utrecht station as he was off to meet a lady for a bit of bunga bunga, Claudio made his own way back to Amersfoort and Me Jeroen and Arien got the train back to Amsterdam.

I said by goodbyes to Jeroen and Arien and made my way back to The Blues Brothers for a catch up with the lads and a couple of cheeky ones before heading home for the evening. The weekend spent, my wallet, my liver and my lungs all took a battering. Great fun, here's to the next one!
Posted by TheGasMan at Saturday, February 12, 2011